We are just finishing another great week of athletics at MHS!  Also a special thanks to Amy Selby, Marsha Green, Barb Goddard and Chrissy Owens for their help this week with all the Homecoming Events.  It was a great week!

Our Girls Soccer Team won the Mid-State Conference Title with a 3-0 win over Plainfield on Wednesday night.  Both Boys and Girls Soccer Teams beat Ben Davis on Monday and Tuesday night.  The Boys Tennis Team finished the regular season match play with a 4-1 win over Southport.  They also started the Mid-State Conference Tournament on Saturday.  David Freund will be playing in the finals at Number 3 Singles tonight.  Number 1 Singles (Chandler Gunnell) and Number 1 Doubles (Nolan Christian & Jon Fleischmann) will be playing for 3rd.  Number 2 Singles (Peyton Baker) and Number 2 Doubles (Aaron Wilson & Andrew Quest) will be playing for 5th.  The team will play tonight starting at 5:00pm at Whiteland High School.  The Boys and Girls Cross Country Teams competed at the Mid-State Conference Race on Saturday.  For the girls, Madison Vauters set a new school record with a time 19:07.59 and finished 3rd overall.   For the boys, Quinn Cavin and Aaron Culver finished 12th and 13th to lead the Pioneers.  On Friday night, the Varsity Football Team came away with a big Homecoming win over Franklin by a score of 46-21.  Alex Fabert was 21 of 28 for 355 yards and 4 touchdowns (Riley Swatts and Tyler Early with 2 each).  The defense was led by Chance Justus who had 9 solo tackles.  The Pioneers are 3-3 on the season.

The Boys and Girls Soccer Sectional Draw came out on Friday.  The Girls will play on Tuesday, October 7th at Danville HS starting at 6:00pm.  Their first match will be against Plainfield.  If they win, that they will play Danville on Thursday night starting at approximately at 7:00pm.  The Boys will open up with Danville on Wednesday, October 8th at 5:00pm.  If they win that game, they would play in the championship game on Saturday, October 11th at 6:00pm.  We host the Boys Soccer Sectional.  All of the games will be held at the Mooresville Soccer Complex off of Landersdale Rd.

We have another busy week this week.  The Boys Tennis Team will finish their conference tournament on tonight and will begin Sectional play potentially on Wednesday at Brownsburg.  The Cross Country Teams will run in the Morgan County Meet on Tuesday at Monrovia.  The Volleyball Team will have Senior Night tonight vs Cascade.  The Boys and Girls Soccer Teams will be finishing out their regular seasons on Wednesday and Thursday.  And the Varsity Football Team will be in action at Whiteland on Friday night.  Here is a link to the schedule of events for the week.  Week of September 29

We hope to see everyone at an event this week.  Our student-athletes always enjoy the support.

Pictures from this weekend 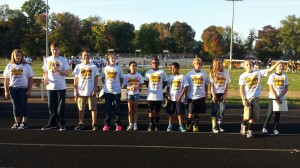 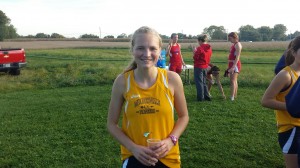 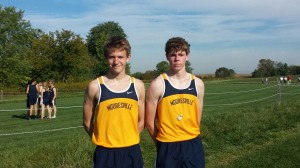 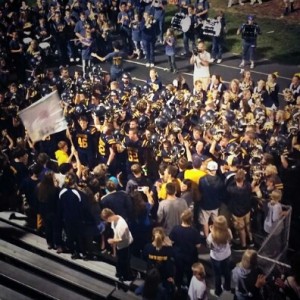 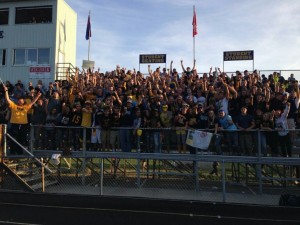 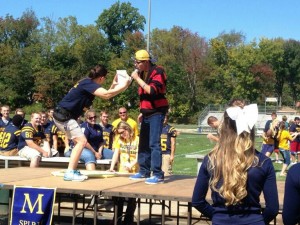 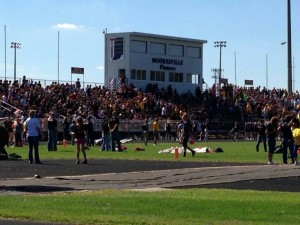