At the Boys Varsity basketball game versus Martinsville, we held our annual Hall of Fame Induction. The 2016 Hall of Fame is sponsored by Carlisle Branson Funeral Service and Crematory.  They have been an outstanding sponsor of this event for many years and we appreciate their support of the Hall of Fame.

Tonight we inducted four former MHS Athletes to the Hall of Fame.  Their outstanding contributions to Mooresville Athletics has placed them with an elite group of individuals that have brought much honor to the Mooresville community.  The four inductees are: 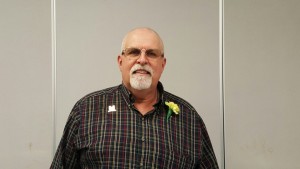 Jeff was a 1977 graduate who played baseball and basketball.  He was a member of the 1975 Baseball Sectional Championship Team, and in 1977 was named All-Conference and set a school record for the most Homeruns & RBI’s.  Jeff was the starting center for two years, one of five members of the 75-76 team to average in double figures, led the team in scoring and rebounding in 76-77, was named All-Conference, All-State Honorable Mention, and was named to the All Sectional and All Regional Teams.  Jeff served as Co-Captain on the 76-77 team, and was a member of the Regional Championship Team where he scored 50 points and had 40 rebounds in two games to lead the team to their win.  After high school, Jeff went to college at Northern Montana College to play basketball. In 1986, he was on the National Championship team for the National Softball Association Men’s Class B Team and was inducted into the American Softball Association Hall of Fame in 1996.  He is married to his wife, Lori and they have three children: Erin, Jason, and Tyler.  Jeff is the Director of the Clayton County Sanitation Department in Clay County, Tennessee.  He enjoys boating and being outdoors. 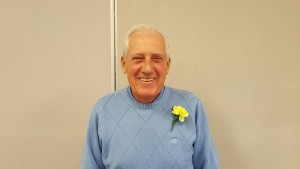 Boyd graduated in 1955 and played two sports, baseball and basketball.  He was a four-year letterman in baseball where he All-Conferenced and served as Co-Captain his senior year.  Boyd was a three-year letterman in basketball and was co-winner of the American Legion Sportsmanship Award for the 1954-55 season.  He was a member of the National Honor Society, the Letterman’s Club, and was a class officer his sophomore and junior years.  After graduation, Boyd went to Hanover College and played Basketball his freshman year.  He and his wife, Marilyn have two children; Deanna Head Hurrle and Gary Paul Head.  Boyd is retired, enjoys attending his grandchildren’s activities, and enjoys playing golf. 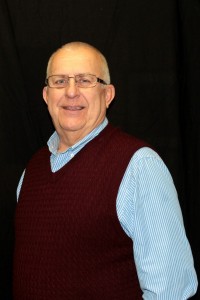 Terry was a 1963 graduate who participated in football, baseball, basketball, and track.  He was a two-year letterman for all four sports and was named Football Co-MVP for the 1962-63 season.  Terry was a member of the Letterman’s Club and was in the junior and senior play.  After high school, he became an IHSAA Official in Baseball and Basketball and now serves on the Board of the Monrovia Organized Baseball Program.  Terry has two children, Chad and Kristi, and is retired from Allison Transmission (GM).  He enjoys hunting and fishing in his spare time.  Terry was unable to attend the ceremony tonight. 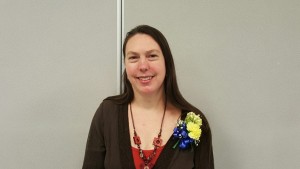 Chaelee, a 1993 graduate, participated in cross country and track.  She was MVP in both sports and was named as the Outstanding Female Athlete of the Year in 1993.  She was a stand out track team member by being named Mid-State Conference Champion multiple times in the long jump, the 200 and the 100 meter dash.  Chaelee was a three-time Sectional Champion in the long jump. In 1992, she won the Regional, setting a school long jump record, and was sectional champion in the 200 and 100.  That same year she placed 5th at the State Meet, and was named to the All-State Long Jump Team. Chaelee was a four-year member of the MHS Choirs, in the National Honor Society, played powder puff for two years, was in a school play, a guard helper, and participated in the Model UN program and Speech Meet. She attended Indiana State University, and in 1994 she was a participant on the Missouri Valley Conference Indoor Championship Team.  She is married to her husband Jason and does volunteer work for Open Doors, a group that works to strengthen and encourage those who are persecuted because of their Christian faith.  She has traveled to several countries to meet with those who have been targeted.  She also worked as an ESL (English as a Second Language) instructor through her local community college teaching adult immigrants in our area and working with their families.  She is currently a hobby photographer selling items in local shops. 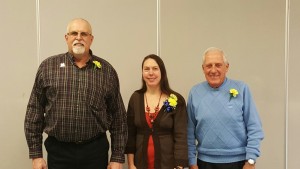