The Pioneers competed well last week and very well over the weekend.

The Boys Basketball lost a close game on Tuesday night to Center Grove 35-37.  The Pioneers got down early and came back to take a 1-point lead late in the game.  However Center Grove was able to win the game by making 2 free throws with 2.6s left in the game.  On Friday, they traveled to Greenwood for their final Mid-State Conference game.  The Pioneers played tough down the stretch and won the game 76-71.  The team was lead by KC Earls who scored 22 points and added 10 rebounds.  The Pioneers finished 4th in the conference with a 3-3 record.  The team will play their final two regular season games this week. Tomorrow, they will host Tri-West in the final home game.  That night we will be recognizing the Seniors for basketball, cheerleading, and the pep band.  On Friday, the Pioneers will travel to Perry Meridian for their final game.  The Sectional draw will be released yesterday by the IHSAA.  The Pioneers will play Terre Haute South at 6:00pm on the first night (Tuesday, March 1st).

The Boys Swimming and Diving team competed last Thursday in prelims for the Sectional.  They had an outstanding night with the Pioneers having 15 personal records being set.  In addition, the 400 Freestyle Relay Team broke the school record for the 2nd time this year.  Their previous record was 3:44.85 and last night they swam a 3:41.14.  That team is composed of Jack Dillon, Thomas Weber, Dylan Rogier, and Kylan Williamson.  On Saturday, the team continued to perform at a high level.  They added 5 more personal records and broke 3 school records. The new school records include:  200 Freestyle Relay (Dylan Rogier, Ashton Johnson, Thomas Weber, and Kylan Williamson) with a time of 1:37.56, the 100 Backstroke by Taylor Johnson in 1:02.56, and the 400 Freestyle Relay Team (Dylan Rogier, Noah Wheele, Thomas Weber, and Kylan Williamson) in 3:40.57.  This is the 2nd time in two days that the 400 Freestyle Relay record was broken.  Also, the MHS Divers performed extremely well.  Ashton Johnson was a Sectional Champion and Hunter Ongay finished 3rd.  Both divers will advance to the Dive Regional tomorrow night at Bloomington North Starting at 6:00pm. If either of them finish in the Top 8, they would advance to the IHSAA State Finals. 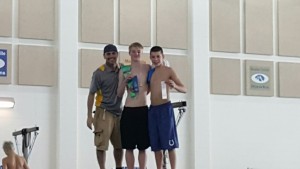 Congratulations to Girls Soccer Coach AJ McAdams.  He was selected as the USA Indiana Rec Coach of the Year! 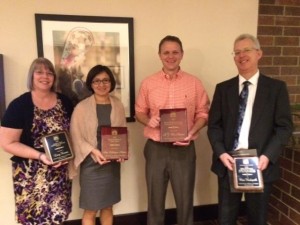 Here is the schedule for the week. Week of February 22