The Boys Basketball  lost to Tri-West on Tuesday 50-57.  Despite the loss, it was a great night because we were able to recognize all of our senior players along with senior cheerleaders and pep band.  Also that evening, we were able to recognize Paul Uhls for his contributions to the Athletic Department.  That night was final basketball game that he will be announcing for MHS.

The Pioneers also played at Perry Meridian on Friday in their final regular season game.  After leading at half-time, the Falcons had a strong 4th quarter to win the game 49-58.  The loss moves the Pioneers to a 13-9 record for the regular season. 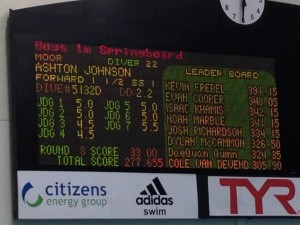 Also this weekend, Ashton Johnson competed at the IHSAA Diving State Finals today.  He made the first cut after 5 dives but did not make it past the semi-finals.  However, he did finish 18th overall.  That is the highest Pioneer swimmer or diver in school history.  He also has both diving records for MHS. 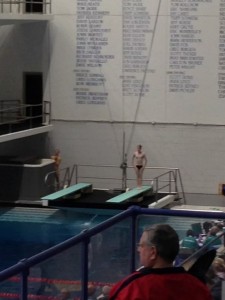 The Boys/Girls Track Teams will begin to compete this week.  They will be participating at an Indoor meet on Tuesday.   That meet starts at 6:00pm.  This will be the first of two indoor meets that we will compete at this spring.  Based on the results, we may have athletes qualify for the Indoor State Finals that will be held at Purdue later in March.

Here is a list of all the events for week.  Week of February 29