This was a busy week for the Pioneers and luckily the weather was much better and we were able to get most events in.

The Lady Pioneer Tennis Team ended their season last Thursday with a 1-4 loss to Avon in the Sectional semi-final.  Morgan Fitzpatrick was the lone winner at #1 singles and remains undefeated on the season.  She will advance now into the individual tournament and will be playing at the Regionals tomorrow starting at 5:00pm at Avon HS.  The Lady Pioneers opened Sectionals with a 5-0 win over Danville on Wednesday night and moved onto the Semi-finals against Avon.  Overall, they had a great season and finished with a 12-5 record.

The Softball Team beat Plainfield in the first game of a 2-game series at home last Tuesday night.  The weather conditions were tough and Plainfield got off to a great start and had a 14-2 lead going into the bottom of the 5th inning.  The game changed at that point and the Lady Pioneers scored 10 runs that inning and most with 2 outs.  The closed the gap in the 6th and tied it in the 7th forcing extra innings.  Then in 8th innings, the Pioneers won the game 17-16.  With the win, the Lady Pioneers clinched the Mid-State Conference Title.  This is their 2nd consecutive title and this was won outright.  The Lady Pioneers did lose the 2nd game of the series and lost last Thursday to Terre Haute North. However they got back with a 1-0 win over Danville on Friday night. Tonight starts Sectionals and the team will open up with Plainfield in Round 1 starting at 5:00pm.  Sectionals are being hosted at Avon HS this year.

The Track Team competed in the Sectionals on Tuesday and Thursday.  The Girls were at Zionsville on Tuesday night to compete in their Sectional.  The Lady Pioneers competed hard that night in tough conditions.  They were led by Julia LeBlanc who finished 2nd in both the 200 and the 400.  That finish qualified her for the Regional tomorrow at Lafayette Jeff HS.  The Boys competed at Plainfield last night.  They were led by Aaron Culver.  Aaron did not have his best night in high jump but he was able to qualify for Regionals next week.  Also Noah Linthicum was called back and will compete in the 200m at Regionals. That will also be held at Lafayette Jeff HS but will be on Thursday.

The Boys Golf Team had a good week.  The Pioneers beat Brownsburg last Tuesday night and Bloomington North on Wednesday night.  Both matches were 18-hole contests.  On Saturday, the Pioneers competed at Winding River for the Mid-State Conference title.  They played excellent and won the tournament by 6-strokes.  Matthew Chapman was the medalist at the tournament with a round of 72.  Jack Speedy and Sam Wells were also All-Conference players. This week, they will be playing three times.  Tonight they will be at Monrovia, Wednesday will be at Franklin and Thursday will be at home versus Ben Davis. 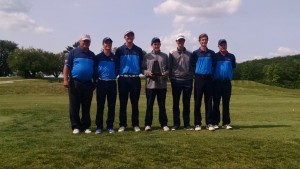 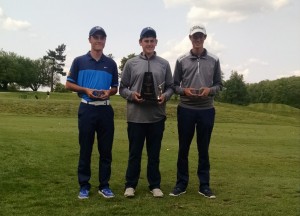 The Baseball team has had a busy week last week and it will continue tonight and tomorrow.  Last Monday and Tuesday, they played Plainfield in their last two conference games.  Unfortunately, they came up short in both games.  On Thursday they traveled to play Greenfield-Central in a game that was picked up because of all the cancellations.  On Friday, they had a come from behind win over Monrovia 8-7.  That night was Senior Night and it was great to recognize those athletes along with securing a win.  On Saturday, the traveled to Bedford for a tournament.  They opened with a 9-0 win over Pike but lost 0-3 in the championship game to Northview.  Sectionals starts this week.  However, the Pioneers got the bye and will not play until the Monday, May 30th.  Since they are off all week, we have added 2 games.  Tonight, we will host Avon starting at 5:30pm.  Then on Tuesday, we will travel to Southport and will start at 6:00pm.

Also this Saturday, our Unified Track Team will be competing at their Sectional.  That event is scheduled for 1:00pm start.

Looking ahead, the Spring Sports Banquet will be on Thursday, June 2nd starting at 5:30pm.

Here is the schedule for the week.  Week of May 23