MOORESVILLE, Ind. – Danielle Davis has accepted the Head Coaching position with the Girls Volleyball Program at Mooresville High School.   Danielle is a 2008 graduate of Mooresville High School where she played volleyball for 4 years. After graduation, she attended Kentucky Christian University where a shoulder injury ended her volleyball career. She remained alongside the volleyball team until she graduated with her Bachelors in Elementary Education in 2012. While her passion for volleyball was still engrained in her she wanted to find a way to be involved without playing, and that led her to assistant coaching beginning in 2013. She has been the JV coach since then and is now very excited to take over the varsity program this spring. She married her high school sweetheart, Ezra Davis, in 2012, they have a daughter, Kensington, along with their two dogs and reside here in Mooresville. 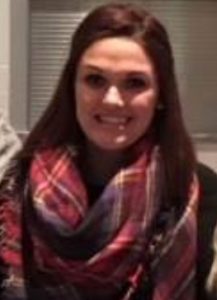