MHS wrestling coach Dan Mikesell was one of 40 coaches selected from across the U.S. to take part in the Silver Coaches College at the Olympic training center in Colorado Springs. The three-day intensive clinic included on the mat instruction as well as classroom work. “During the course I picked up several ideas to help Mooresville wrestling at all levels,” said Mikesell. “Not just technique, but program ideas, sports psychology, training schedules, nutrition classes, program building, skill development curriculum, and different styles of coaching.” The training puts Mikesell on his way to earning his silver coaches credential. This credential will allow him to be one of only a handful of Indiana coaches eligible to enter the National team coaches pool and possibly coach international competition. 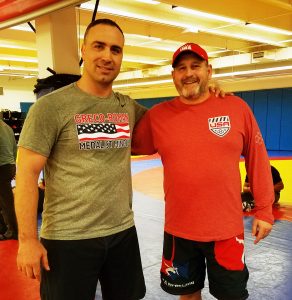