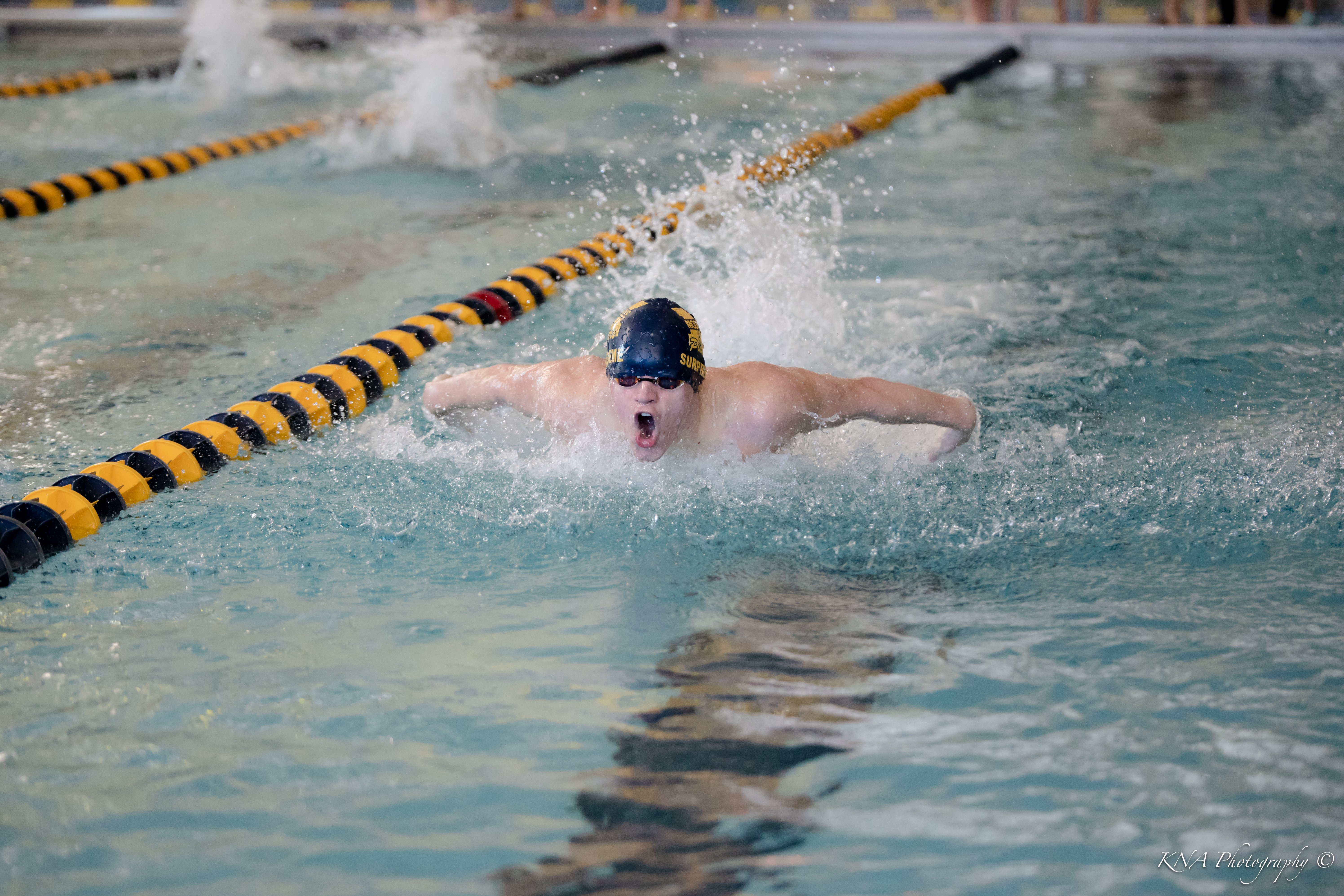 The Boys Varsity Swimmers swam a tough meet against Decatur Central but walked away with the win. The Relay team of Evan Wilson swimming backstroke, Devon Theriac swimming the breaststroke, Trey Addair on the fly and Keegan Jones bringing it home as the anchor leg freestyler took first in the 200 Medley Relay to start off the meet. Evan Wilson was then went on to win the 200 Free and Chase Perkins winning third. Drew Crawford, Elias Crayton and Conner Cassidy won 2nd, 3rd and 4th in the 50 Free. Trey Addair took first in a must win event for the boys in the 100 Fly. The boys swept the 100 Free with Devon Theriac, Chase Perkins and Elias Crayton going 1,2,3. In the 500 Free, Evan Wilson was back in the water to take first place with Drew Crawford taking second. Evan and Drew then had to be Iron Man and swim in the very next event. Evan swam in the A relay with Devon Theriac, Jacob Wheele, and Chase Perkins to take first place. The B relay of Connor Cassidy, Elias Crayton, Aiden Langley and Drew Crawford took second. Devon Theriac won the 100 Breast to set the team up for the 400 Free Relay. Jacob Wheele, Drew Crawford, Keegan Jones and Trey Addair fought to a hard won second place to ensure the boys first win of the season.

Roger Phillips made his diving debut to win the 1 meter 11 dive series.

The boys are back in action on December 14th at home against Terre Haute North.