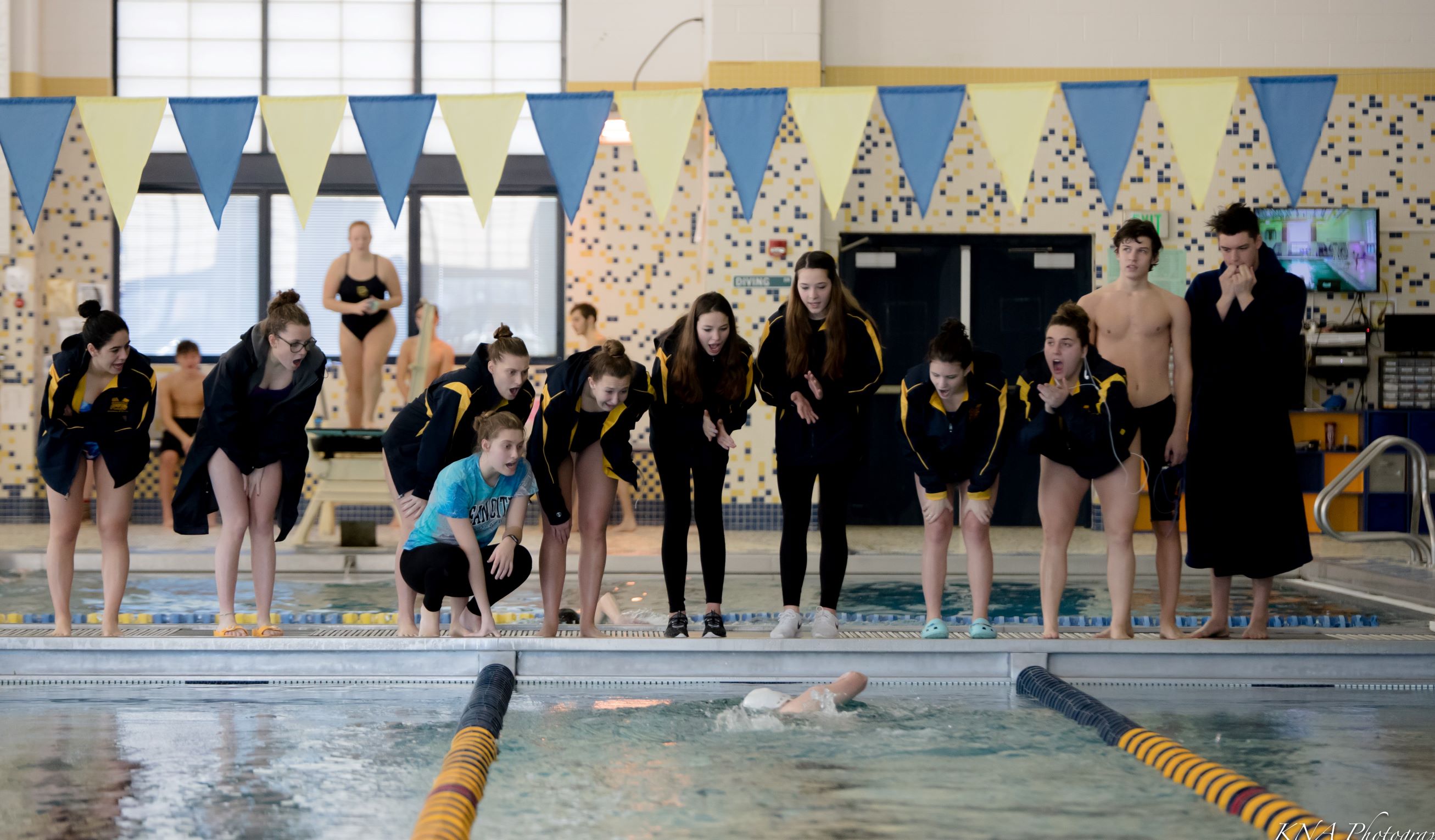 A bit of the winter blah swept through the girls team and depleted the roster for the girls swim team. In a true team effort, the everyone that needed to stepped up and rallied for the win. The A and B relays started the day taking first and second in the 200 Medley Relay. In the A relay, Morgan Pierson, Mikaylah Alexander, Ayris Mitchell and Cora Winegarden won first. The B relay of Ashlynn Malloy, Sydney Gercak, Ariel Theriac and Jayla smith took a solid second. Isabelle Deverick had to fill all the empty lanes and swim the 200 Free as the solo competitor and took first by an easy 16 second margin. Freshman Ariel Theriac took first place in the 200 Individual Medley and Holly Connor swam the event for the first time for a personal best and fourth place. Cora Winegarden continues to dominate the 50 Free taking first with a time just .1 sec off her record. After the break for diving, Cora was right back in the pool swimming the 100 Fly taking first and closing in on the high school record. Emily Bombei then took first place in the 100 Free with Hannah Sherby finishing just .2 behind for second place. Aerial Theriac swam a personal best to win the 500 Free. The girls keep hammering away at the 200 Free Relay record and finished just .4 seconds off the record. The team consisted of Emily Bombei, Isabelle Deverick, Mikaylah Alexander and Cora Winegarden. In the B relay, diver Kylie Strietelmeier swam the lead leg taking her team to second place. In another must win event, Ashlynn Malloy stepped up and won the 100 Backstroke while Freshman Mackenna Bowling took second place. Maria Jimenez continues to dominate the 100 Breaststroke taking first. Mikaylah Alexander and Sydney Gercak completed the sweep taking second and third respectively. In the 400 Freestyle Relay the girls relay teams took first and second to finish the meet and ensure the win.

In addition to swimming in the 200 Free Relay, Kylie Strietelmeier took second place in the 1 meter diving. Sadie Mills continues to win and win and win taking first in diving. The divers worked overtime today as the meet format was an 11 dive series versus the normal 6.

The girls have a week off of competition until Terre Haute North comes to Mooresville next Saturday December 14th.