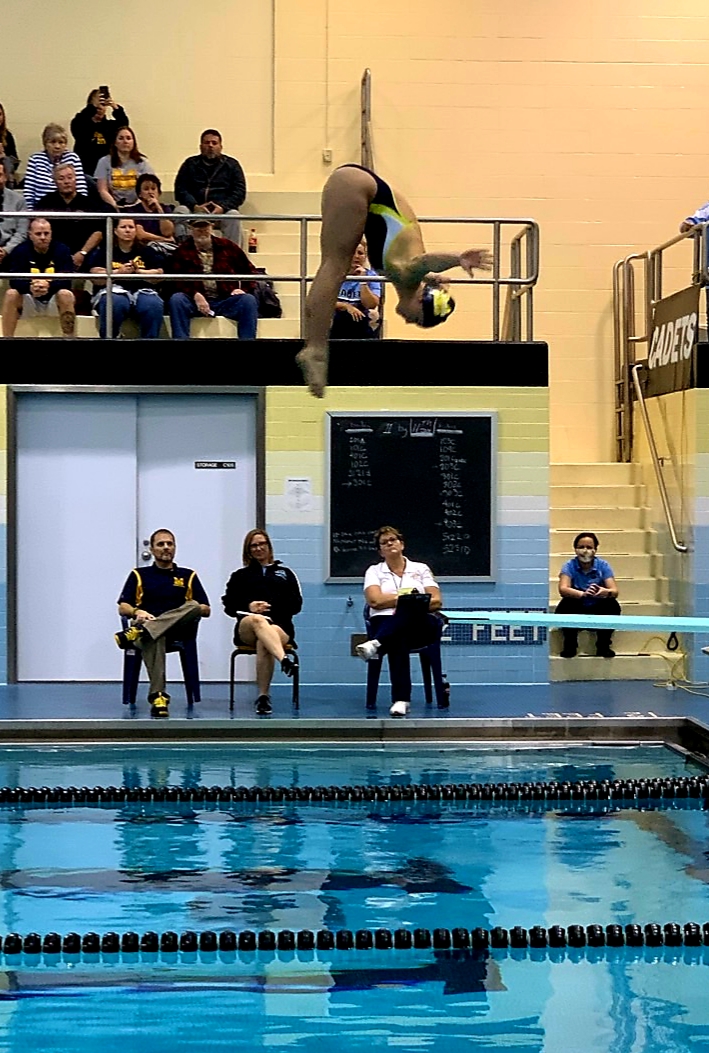 The Pioneer Girls showed just how mentally tough and physically strong they truly are with a hard fought win against a very fast Cascade team. Sadie Mills once again broke her own school 6 Dive record with a score of 293.50. Kylie Strietelmeier dove a personal best of 252.45 and, not to be outdone, Kayla Gott dove to a new personal record of 231.55. The girl divers just keep getting better every meet. The meet started off with the record setting relay team of Morgan Pierson, Maria Jimenez, Ayris Mitchell and Cora Winegarden swam the 200 Medley Relay just off their previous record to take second. Freshman Eryn Hetser swam a personal best to take first in the 200 Free. Emily Bombay has recovered enough from a back injury to get in the water and took third with Isabelle Deverick in fourth. Maria Jimenez raced to a second place finish in the 200 Individual Medley while Freshman Ariel Theriac and Sydney Gercak took fifth and sixth respectively. The reigning sprinter on the team Cora ‘Joker’ Winegarden handily took first in the 50 Free with Isabelle Deverick taking 4th just .1 second behind the third place finisher. Cora was back in the water for the 100 Free winning the first place spot and only .15 seconds off the 100 Free record she broke at the end of last season. Hannah Sherby swam to a fast fourth place and Jayla Smith swam a personal best to take sixth. Freshman Lila Pratt swam a personal best to win the Exhibition heat. In the 500 Free, Morgan Pierson and Eryn Hetser battled for second and third place. The 200 Free Relay record is 1:49.02. The team of Emily Bombei, Isabelle Deverick, Mikaylah Alexander and Cora Winegarden are closing in fast on beating that record. They won the event in a time of 1:49.25. Senior Ayris Mitchell then came back to win the 100 Back with Morgan Pierson hot on her heels to take second. Maria Jimenez then won second place in the 100 Breast swimming just off a personal best. Freshman Reagan Reed made her varsity debut taking fifth place. Going into the last event of the meet, Mooresville had a one point lead on Cascade so it came down to the 400 Free Relay to determine the meet winner. Emily Bombei led off the relay followed by Ayris Mitchell. Then Isabelle Deverick exploded on the third leg with an dominating sprint that put the Pioneers ahead. Mikaylah Alexander then anchored the relay and never looked back to beat the second place Cascade relay by almost 5 seconds for the 94-91 win.

The first Boys and Girls meet is December 3rd at Indian Creek.