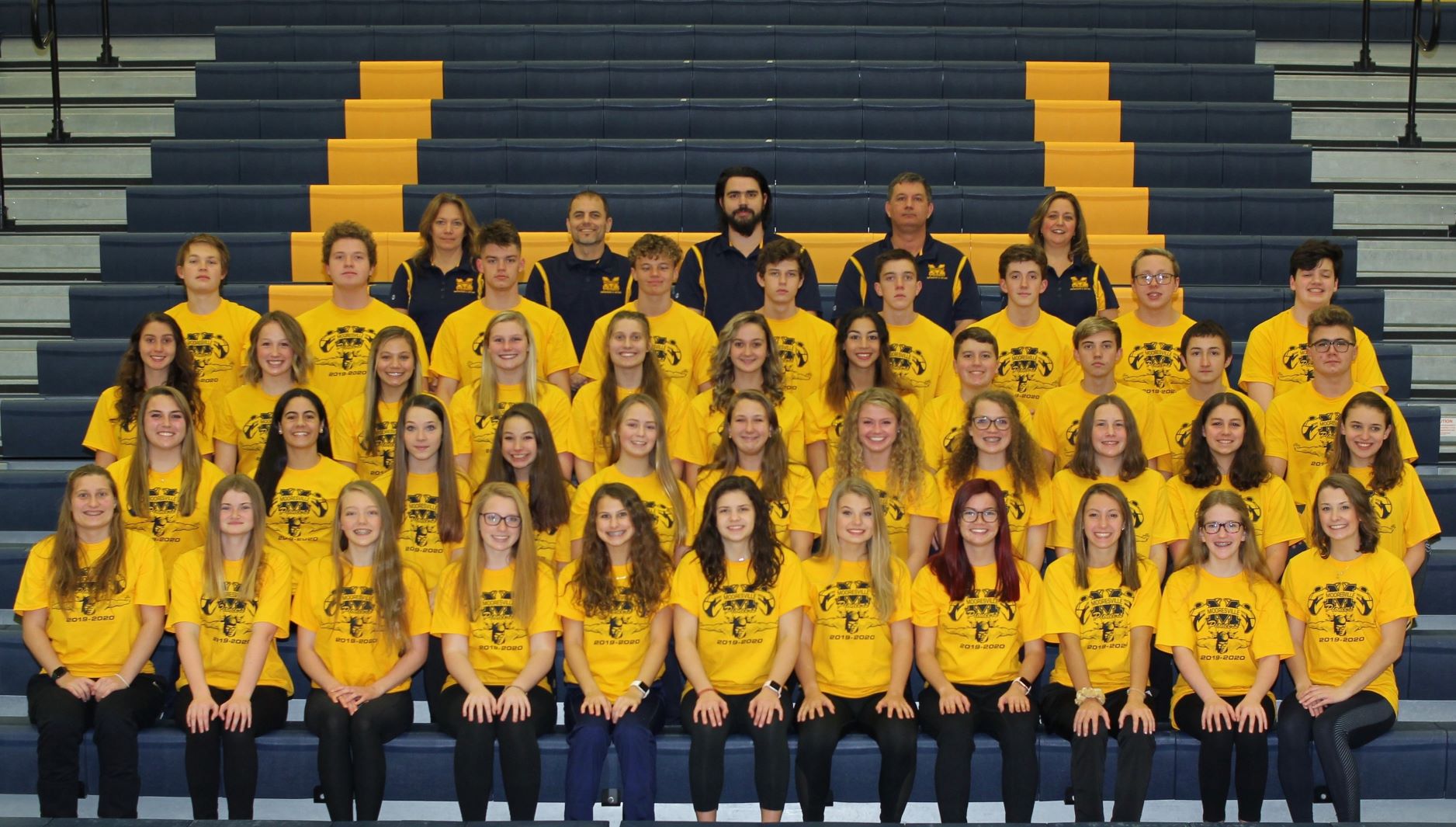 Not bad for not practicing.

“Swimming is the one sport where you have to be consistent in practice,” noted Mooresville swim coach Kevin Trammell. “We had a meet Saturday and missed three practices (due to snow days and late starts), so we were basically going in cold. We took three days off (from practice), so we’re a week behind.

“This is where we had to dig down deep. They all jumped in the water and they all had a great attitude. We did well.”

They did indeed, especially on the girls’ side of Tuesday’s dual meet with Martinsville in the Artesians’ pool.

The Pioneers won 10 events, including 1-2 sweeps in four events and 1-2-3 finishes in the 50-yard freestyle, one-meter diving and the 100 backstroke.

Morgan Pierson, Maria Jimenez, Ayris Mitchell and Cora Winegarden joined forces to lead a 1-2 sweep in the opening event, the 200-yard medley relay, with a clocking of 2:05.43.

Deverick, Mitchell and Alexander teamed up with Emily Bombei to close the night with a 4:12.53 win in the 400 freestyle relay.

Recap Courtesy of the Hoosier Times.