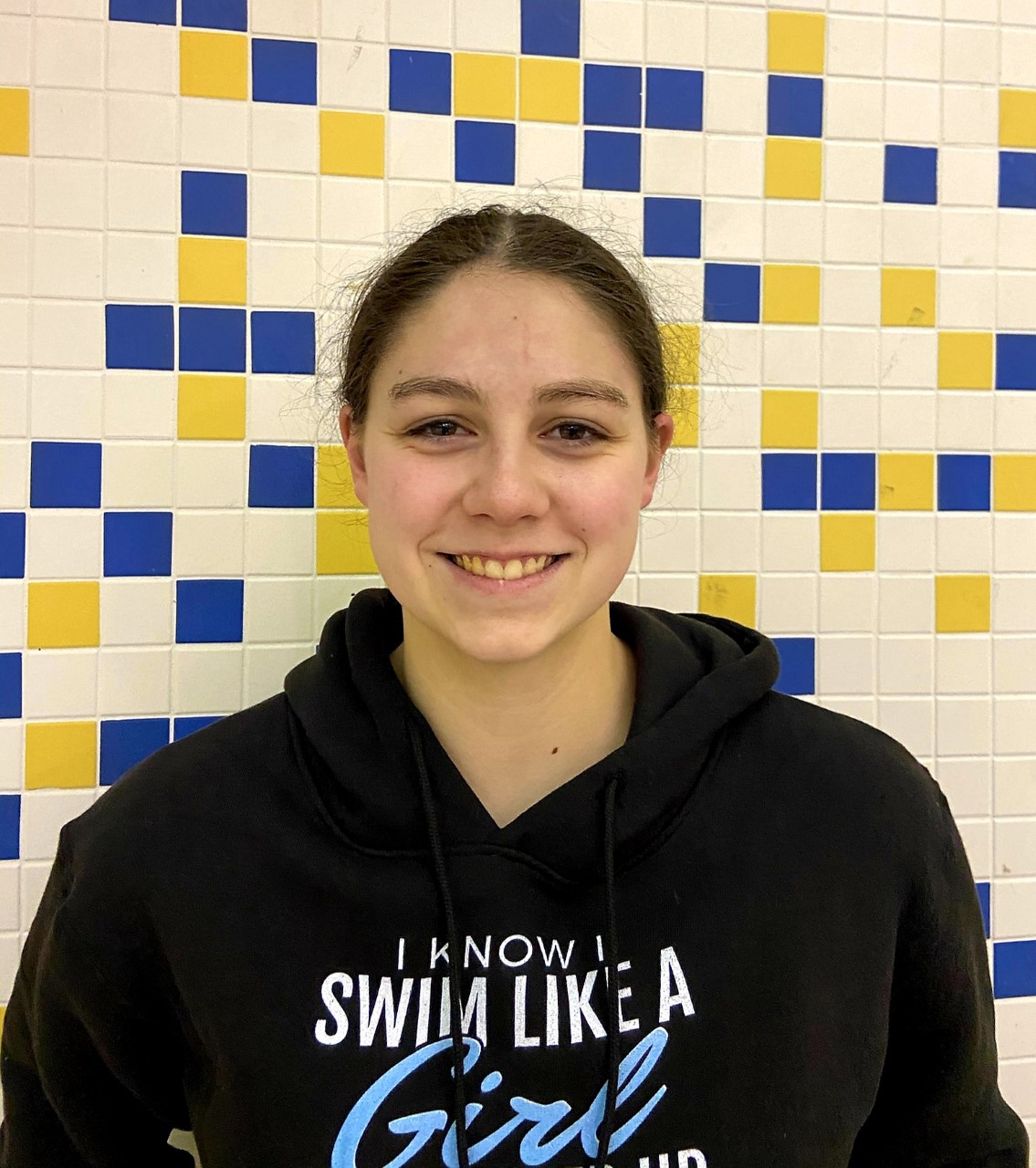 Girls swimming faced Martinsville and Edgewood in a Tri-Meet and easily came out on top. The relay team of Ariel Theriac, Isabelle Deverick, Mikaylah Alexander and Cora Winegarden started the competition with a 7 second win over Martinsville. The ‘B’ relay of Morgan Pierson, Ellisyn Gillum, Sydney Gercak, and Holly Conner then took 3rd. Eryn Hetser and Claire Newton then swept the 200 Free taking 1st and 2nd. Freshman Claire ‘Natalie’ Newton dropped another 2.45 seconds after having a huge time drop just last weekend and the Mid-State Conference. In the 200 Individual Medley, Freshman Brooklyn ‘The Barracuda’ Tidd dropped another 2 seconds off her personal best to take 2nd. The girls also swept the 50 Free. Cora Winegarden tied the school record which she already holds and Mikaylah Alexander was right on her heels for 2nd. Ariel Theriac and Mikaylah Alexander almost pulled off a sweep of the 100 Fly winning 2nd and 3rd respectively but Senior Sydney ‘Garcon’ Gercak swimming in the outside lane swam a lifetime best and dropped 2.07 seconds. Cora Winegarden has been chasing her own record in the 100 Free and finally caught up to it tonight. Cora ‘Joker’ Winegarden dropped .65 to to lower her own record just that much more. Not to be outdone, Isabelle ‘Tiny Tina’ Deverick took 3rd place for another point grab. The duo of Eryn Hetser and Claire Newton were back at it for the 500 Free and again swept the event. And once again Claire dropped serious time, 9.01 seconds, after already having a huge time drop just three day ago at the Mid-State Conference. The 200 Free Relay was a new line up for the night and they still managed to drop time and take 1st. Ariel ‘Willy Wonka’ Theriac started the relay with a personal best time followed by Jill Ramsey who keep the team in contention. Then Isabelle Deverick come off the block with a ridiculous burst of speed and never look back. Isabelle bolted past her relay counterpart from Martinsville that was off the blocks before her but finished two full seconds in front of her. Then Senior Mikaylah Alexander swam the anchor leg at a personal best time and gave the other relay teams no chance to even come close to catching up. In the 100 Back, Morgan Pierson and Brooklyn Tidd took 2nd and 3rd. Senior Syndey Gercak then had another fantastic personal best time in the 100 Breast to take 1st place. Freshman Ellisyn Gillum is also had a fantastic performance dropping more time after having a huge time drop just a few days ago at Mid-State. Ellisyn has dropped over 14 seconds so far this season in her 100 Breaststroke! The 400 Free Relay is the last event of the night but the girls were not done being incredible. The ‘A’ Relay of Eryn Hetser, Sydney Gercak, Ariel Theriac and Cora Winegarden easily took first place dropping 18.58 seconds. The ‘B’ Relay easily won 2nd place coming in 26 seconds ahead of third place Edgewood. Swimming in her first relay of the season, Claire Newton swam a lifetime best 100 split.

Our Pioneer Girl Divers were at the other end of the pool all night getting it done too. Kayla Gott and Isabel Striegel took 1st and 2nd. Isabel scored a season high 212 points.

All the girls are back in action this Thursday with a girls only meet at Beech Grove.