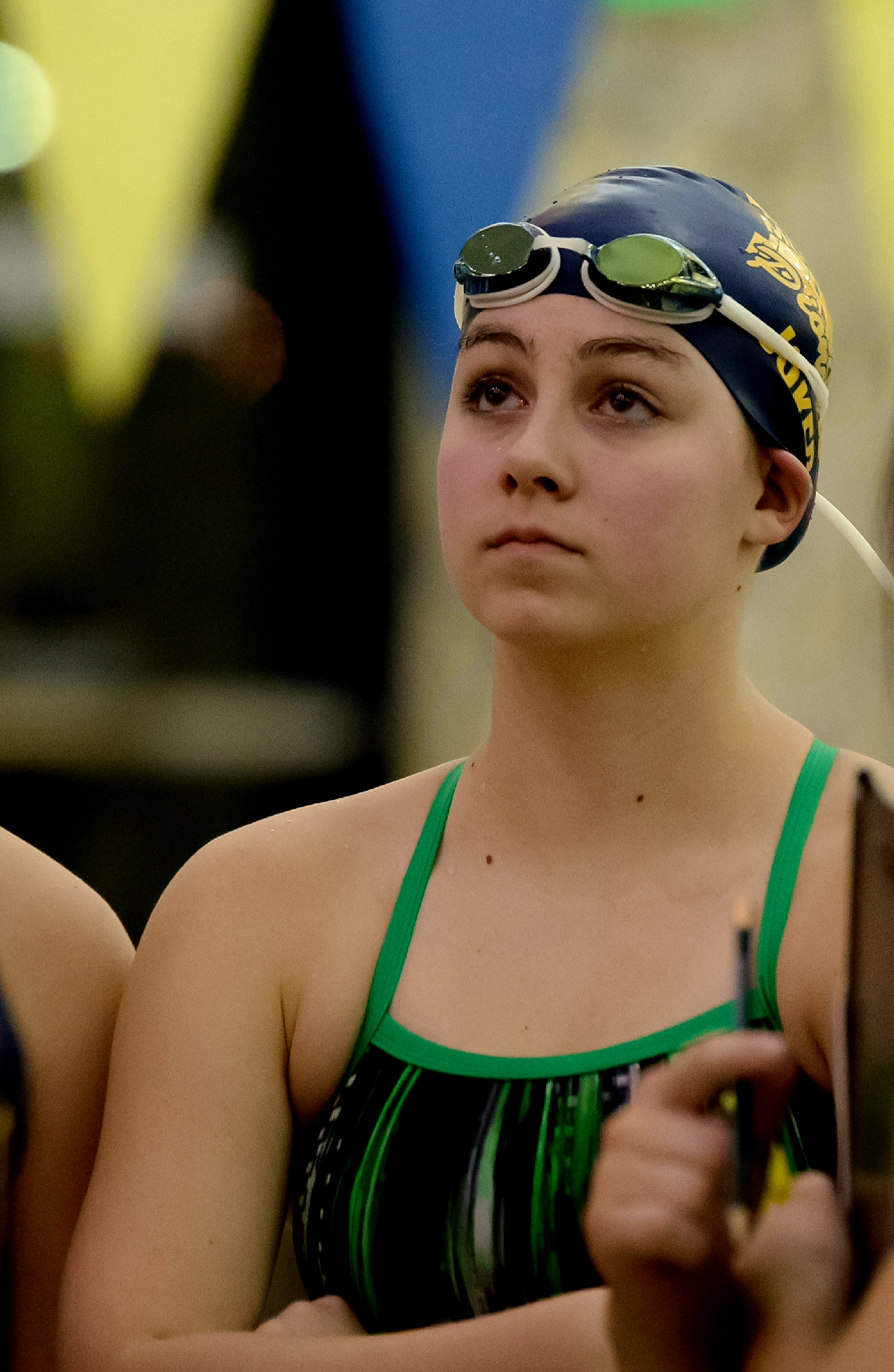 The Lady Pioneers swam a girls only meet against a small Beach Grove team in the last home meet of the season. The girls started the night taking 1st and 2nd in the 200 Medley Relay. The 1st place team consisted of Morgan Pierson, Maria Jimenez, Ayris Mitchell, and Cora Winegarden. Eryn Hetser was next off the blocks to take 1st in the 200 Free followed by MIkaylah Alexander winning the 200 Individual Medley. Cora Winegarden then took 1st place in the 50 Free swimming her exact record time she broke previously. Mallory Hoots also swam a personal best in the 50 as did Lila Pratt. At the other end of the pool, the girl divers swept the diving going 1,2,3 with Sadie Mills taking first, Kylie Strietelmeier taking second and Kayla Gott rounding it out with third. The girls then swept the 100 Fly with Ayris Mitchell, Ariel Theriac and Emily Bombei taking 1,2,3 respectively. The next event was the most exciting race of the night. Cora ‘Joker’ Winegarden took off the blocks for the 100 Free with breaking her record in mind. When she touched the wall she had done it again and broke her own record that she had already broken earlier in the season. Morgan Pierson then won the 500 Free with Eryn Hetser taking 2nd and Mallory Hoots swimming a personnal best. The relay team of Emily Bombei, Maria Jimenez, Mikaylah Alexander and Cora Winegarden took first in the 200 Free Relay. Morgan Pierson and Ashlynn Malloy then went 1 and 2 in the 100 Backstroke. Maria Jimenez continues to dominate the 100 Breaststroke taking 1st and Sydney Gercak taking 2nd. Sydney Gercak then swam the iron man by finishing the 100 Breast and then immediately getting back on the blocks to lead off the 400 Free Relay. She was followed by Ayris Mitchell, Ashlynn Malloy and Emily Bombei taking 1st place in the event.